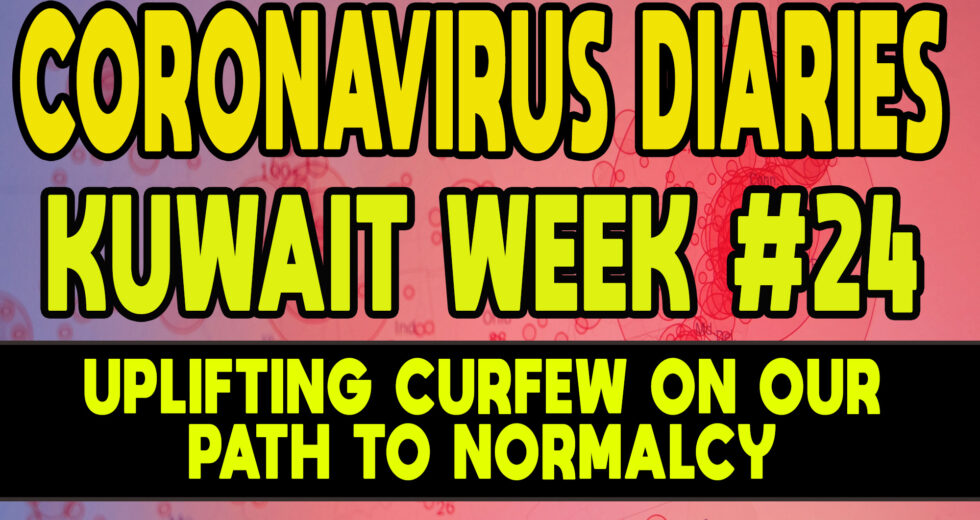 Every week, the greatest goal of Kuwait comes closer as it walks its path to normalcy. The lifting of the curfew has been a significant step notable within this week. Therefore, the hope of a better tomorrow is fast approaching. On the edge of this victory, let us continue to adhere to all Kuwait government’s implemented precautionary measures.

While the whole community gradually restores its livelihood and economy, food assistance continues to aid many Kuwait citizens and residents in the country. On August 26, 2020, the Kuwait Good Bank (KFB) conducted a food project distributing food baskets to more than 4,700 people affected by the COVID-19 crisis. According to the Deputy Manager of KFB Mishaal Al-Ansari, the bank launched the food distribution as part of its humanitarian role to meet many families’ basic needs. It supported all the government efforts against the coronavirus pandemic.

He affirmed that distribution locations are changing depending on the location of the needy families. It is to ensure smooth deliveries with the compliance of the precautionary health measures. Through this, they were able to deliver meals and food baskets and sanitize the necessary items.

Despite the concurring hot weather in the country, Deputy Manager Al-Ansari lauded the volunteers’ efforts and the Kuwait society for making the project a success. He noted that the food bank’s implemented projects align with its organized plan in coordination with private and government sector bodies.

Hence, he significantly urges the private sectors and philanthropists to donate, help, and provide needy families’ essential commodities throughout the nation. Lastly, the payments of donations, jackets, and alms are properly facilitated by the KFB in adherence to the Health Ministry’s health requirements.

During the fourth phase of the five-phase plan, the Kuwait Municipality conducted the closure of 16 commercial stores on August 27, 2020. Its location is within the Governorate of Al-Jahraa. They were stopped due to their non-compliance with standard health precautions issued by the health authorities.

According to the Director of the Municipality branch in Al-Jahraa, Thamer Al-Mutairi, the inspection teams issued 26 various penalties and 3,881 warnings in different restaurants and stores. All of these efforts contributed to the country’s fight against the COVID-19 disease.

On August 30, 2020, the Director-General of Public Authority for Civil Information (PACI) Musa’d Al-Asousi affirmed that they issued a total of 105,000 civil IDs by August 20, 2020. He further announced that civil IDs’ issuance is done within 24 hours if it does not have any significant references or issuance restrictions, such as altering home addresses.

A total of 26,000 IDs were also issued for the domestic workers during the last weekend, reaching 115,000 cards. The operations of PACI were resumed last July 05, 2020, by distributing the cards through PACI branches. Since its reopening, about 190,000 IDs were issued for the expatriates bringing the record to 410,000 cards.

According to the Director-General, the “Haweyati” application will replace civil ID in different private and governmental sector transactions. It will also include the authentication and electronic signature. In the end, Director General Al-Asousi expressed his gratitude to all the workers of PACI for their hard work as they worked 12 hours daily to achieve it within 40 working days.

The Inspiring Hardwork of the Interior Ministry

Since the beginning of the outbreak, the Interior Ministry employees unceasingly worked hard in the frontlines against the COVID-19 pandemic. Hence, Kuwait’s Deputy Prime Minister and Interior Minister Anas Al-Saleh expressed his gratitude for their relentless efforts. He addressed the message through a cable to the ministry personnel. It also includes police officers with other civilians.

In his message, he said that the dedicated employees gained the respect and appreciation of the citizens and residents. They have pledged to serve Kuwait and its people as they fulfill their national duty with devotion, professionalism, and sincerity. His prayers will continue hoping for the end of this COVID-19 and the nation’s stability, prosperity, and security under the competent leadership of His Highness the Amir Sheikh Sabah Al-Ahmad Al-Jaber Al-Sabah together with His Highness the Prime Minister Sheikh Sabah Khaled Al-Hamad Al-Sabah and the Crown Prince Sheikh Nawaf A-Ahmad Al-Jaber Al-Sabah.

Newly Elected Board of Directors in Kuwait Airways

On August 31, 2020, Kuwait Airways conducted a meeting chaired by Chairman Ali Al-Dukhan to form a new board of directors according to the state carrier. In the meeting, it appointed Faisal Al-Ghareeb as Deputy Chairman of the Board together with its remaining board members. Each member will serve a three-year term.

According to Chairman Al-Dukhan, the airline is entering a new era. In light of the coronavirus pandemic worldwide, the new board members are filled with ambition and are fully ready for the upcoming challenges.

Health Cooperation Between Kuwait and the United States

As the COVID-19 pandemic continues, Kuwait’s Health Minister Sheikh Dr. Bassel Al-Sabah and US Ambassador to Kuwait Alina Romanowski discussed the possible programs, plans, and future visions in strengthening the ties and unity of both countries within the medical field. According to the Ministry of Health, training programs for doctors and health care providers were noted. It also includes exchanging protocols, medical experiences, and work policies.

Furthermore, implementing joint initiatives were tackled to develop plans and strengthen health infrastructure. In this way, dealing with health emergencies can be efficiently done. The cooperation between the Kuwaiti Ministry of Health and the American medical institutions and centers is vital. Soon, a future partnership will be formed to enhance bilateral ties that benefits both countries. Director of the International Health Relations Department at the Kuwait MoH, Dr. Rehav Al-Wattian, affirmed that the discussion of programs would significantly reinforce international teamwork.

Weekly Session of the Kuwait Cabinet

On their briefing, the Cabinet has discussed the previous order by His Highness the Amir. It talks about naming the Seventh Ring Road after the Late Sultan of Oman Qaboos bin Saeed as part of Kuwait’s appreciation for his significant role and efforts to support the Gulf Cooperation Council (GCC).

Furthermore, the Minister of Health, Sheikh Dr. Bassel Al-Sabah, discussed the nation’s recent health developments as the data and statistics were presented during the meeting. He noted the continuous increase in the recovery rate while hospitalizations and fatalities decreased. The latest developments regarding preventive and curative levels and logistical services were tackled.

As the partial curfew ended, the Kuwait Health Minister warned the whole nation that the coronavirus pandemic still has not ended. Therefore, precautionary measures must always adhere to.

The Kuwait Cabinet stressed the significance of maintaining the community’s compliance with the health guidelines. Despite the lifting of partial curfew on Sunday, everybody must remain cautious to ensure its success within the coming weeks.

Hence, the Kuwait Cabinet expressed their gratitude for the commitment shown by all of the citizens and residents. They urged everyone to adhere to social and physical distancing rules and wearing of facemasks. They lauded the curfew’s implemented security measures as they expressed their profound thanks and appreciation to all the workers and employees of the National Guard, the Ministry of Interior, and the Kuwaiti Army. Their sincere efforts to work around the clock contributed to the overall success of Kuwait’s implementation of curfew.

In the financial aspect, the Minister of Finance Barrak Al-Sheetan, Finance Ministry’s senior officials, and the Kuwait Investment Authority presented the nation’s economic condition through its recorded statistics of the last fiscal year. Also, the Cabinet requested the Finance Minister to refer these recorded reports to the National Assembly. Consequently, they praised the Kuwait Investment Authority’s unceasing efforts and the Ministry of Finance in the development and preservation of public funds. The Cabinet is satisfied with the strength of the country’s financial situation.

Today marks the 14th day of the government’s implemented fourth phase plan. As the partial curfew is lifted, it is undeniable that the COVID-19 disease threat still exists. Hence, it is significant to note the words of the Kuwait Health Minister to continue being cautious and comply with the implemented health guidelines. In this way, the planned goal of the whole nation in returning to normalcy will be achieved.

Suicide Case of a Filipino In Hawally

An unfortunate case of our fellow Kababayan occurred in the area of Hawally. The Kuwait police reported that a Filipino man, aged 51, committed suicide in a building’s courtyard within the area. When the authorities investigated the incident, a wire was found around his neck with a hypothesis that he jumped out from the building from the 5th floor.

On August 25, 2020, the Philippine Embassy in Kuwait released the complete list of individuals with an appointment for August 27-30, 2020. It reminded the public that walk-in passport application remains prohibited. To check the needed requirements, it advised the applicants to check the Embassy’s public advisory regarding passport extension-only operations. Here is the link. https://kuwaitpe.dfa.gov.ph/newsroom/announcements/369-public-advisory-passport-extension-and-releasing-only-operations-on-23-30-august-2020

The published list is only for the individuals whose visas are extended by the Kuwait government until August 31, 2020. For those individuals whose visas will expire next month, the Embassy advised them to wait for further updates through their official Facebook page.  To check the list, click this link https://www.facebook.com/PHinKuwait/posts/678420029416209.

Moreover, there are no charges or qarama for those individuals with visit and residence visas included within the imposed decision. The implemented decision came after the Embassy sent a letter to the Kuwait Ministry of Foreign Affairs within this month. It is to request an additional visa extension for those Filipinos in Kuwait whose visas or iqama will expire.

On August 30, 2020, the Philippine Embassy in Kuwait announced that appointment slots for Report of Birth are available for September 1-3 and 6 of 2020. To check the needed requirements, click this link http://bit.ly/KuwaitPEConsularServices.

The new schedule for applicants of non-passport appointments has been published by the Philippine Embassy on August 30, 2020. These are for those individuals who applied through August 23-27, 2020, yet was not continued. Walk-in applicants for consular applications are still prohibited. To check the list, click this link https://www.facebook.com/PHinKuwait/posts/681653532426192.

It is with great joy of our Kababayans as another batch of 314 Overseas Filipinos returned home on August 30, 2020. Through a charted Kuwait Airways Flight, the Philippine Embassy facilitated their return. Looking at the records, the Embassy repatriated almost 6,500 Filipinos since the beginning of the COVID-19 outbreak in March.

Another OFW in the name of Bienvenido Espino Jr. was able to return home on August 30, 2020. He is one of the Filipino prisoners in Kuwait, specifically at the Sulaibiya Central Jail. Fortunately, the Amir of Kuwait pardoned him after he was previously sentenced to death for killing his Filipino girlfriend way back in October of 2007. His late girlfriend’s family receives blood money with a tanazul with is a letter of forgiveness from Espino. Hence, he was one of the passengers on board, together with the 314 Overseas Filipinos.

CORONAVIRUS DIARIES: Week #22 – The Successful Conclusion of the Third Phase