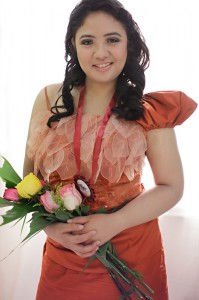 This photo was used  in awarding my MOST OUTSTANDING OFW REPUTATION Award Philippines December 07, 2012.

Gracia Amor in Spanish can literally translate into thank you my love. The personification of which embodies the woman bearing such a name. Strength in character, passion in advocacy and literary, humility beneath a striking aura; all these have been captured in detail by the camera lens as transcribed by the photographer’s keen eye and hands.

Chris Sanan is an Overseas Filipino Worker (OFW), an Architect by profession but has found his calling to the arts through photography. His eagerness to capture even the slightest detail of his subject results in a vivid description of a story beyond words, a portrait given life

His specializes in portraits, weddings and landscape photography. Chris Sanan’s works do not only solicit gratifying joy from his clients but cognizance as well from several award giving bodies. He gives different workshops to those who are truly interested in the field and are honestly passionate about what they do. He shares his talent with others also through speaking engagements in universities and communities.

During photo shoots, Chris Sanan is not just the photographer; he is the director for each visual story as well. He encourages his model to portray a certain role and he never wavers to give his full support until the concept he has in mind will be absorbed and embodied by the model. His wife Rowena Vergara is a makeup artist and together they make a great team.

“As an OFW blogger here in Kuwait, it was my first time to model for a glamour photo shoot and honestly, I was nervous. But Chris Sanan’s personal touch in his work made things easier for me. He was able to bring out the compelling charm hidden beneath the depths of my inner self”.

Decades will pass and newborn photographers will shine and yet, Chris Sanan, an artist personified, will count on years to stay. 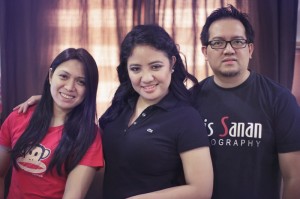 This photo will be used in header of Filipino Middle East  Newspaper to be published Early 2013.

You can view most of his award winning and passion-driven photography  at www.chrissanan.com

Also, you can get in touch with him  personally  in his facebook.com/chris.sanan for more information.

Peace and love to you.

24 thoughts on “Experience it with Chris Sanan”