What: Oplan Habagat is a donation drive from the Filipino community in Kuwait, mostly Overseas Filipino Workers (OFWs) and Filipino expatriates to help victims of flooding caused by recurrent heavy rains during the weeks from mid July to mid August 2012.

Aside from thinking of our own families and relatives staying in the Philippines, we are also concerned about as many of our fellow Filipinos who will benefit from our charitable efforts. This was made possible through the free shipment extended by LBC Express WLL-Kuwait.

A call to donate and help save lives was facilitated in the State of Kuwait by Overseas Filipino Workers, other members of the Filipino community and even some foreign friends, for the benefit of fellow Filipinos who were victims of the recent monsoon rains and floods. LBC Express WLL Kuwait came forward to offer free shipment of collected goods to the Philippines. 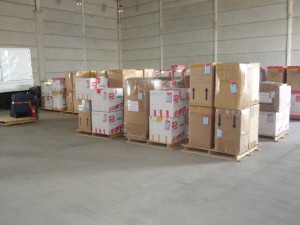 “It is better to give than to receive”, “United with stand, divided we fall”

The above statements were upheld true with this charity drive facilitated by Overseas Filipino Workers (OFWs) in the State of Kuwait because through their concerted efforts, numerous boxes containing different necessities like food, toiletries, clothes, blankets, pillows and much more, were shipped to the Philippines to benefit our fellow countrymen.

One thought on “Completion Report for Oplan Habagat”