November 2nd, Ramada Hotel, Riggae – Hundreds of fellow Overseas Filipino Workers (OFWs), Filipino and foreign expatriates flocked to the venue to watch Kitchie Nadal’s concert.Tickets were sold beforehand but many still bought their tickets on the concert date itself.

During the show, Nadal rendered popular Original Pilipino Music (OPM) and of course, her own hits that have become favorites back in the Philippines. The audience energetically participated during the numbers which made the night more enjoyable.

The following day, November 3rd, Nadal and her concert team attended the victory party where the sponsors, organizers and some fans were invited.

Kitchie Nadal is a Filipino singer-songwriter from Manila and formerly the lead vocalist for an alternative rock band. Her popularity in the female OPM niche grew after she released a self-titled solo album featuring a chart-topping single that did not only gain continuous airplays in leading radio stations in the Philippines, but turned double platinum as well. She plays the guitars and piano.

Apart from her professional career, Nadal is an alumna of an exclusive school for girls and has completed a double degree major in Education and Psychology from a leading university in Manila. 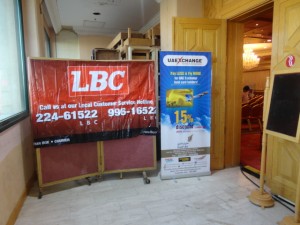